The Capital Development Authority (CDA) has sealed Centaurus Mall in a nocturnal raid due to a lack of safety precautions, two months after a huge fire broke out at the shopping mall, located at the center of the federal capital, Islamabad.

In Other News, Centaurus is Sealed Again!

An overnight raid was conducted at Islamabad’s high rise multi story building Centaurus mall and was sealed by the municipal authority’s building control department. According to the report, the mall has reportedly been sealed due to its non-conforming use. A non-conforming use in urban planning enables a piece of property to be excluded from the current zoning regulations due to enhancements made by the owner or the fact that the desired use was allowed before the present zoning laws made it prohibited.

After the October inferno, CDA officials allegedly sent the administration of the famous mall repeated warnings to enforce safety precautions, but mall authorities allegedly ignored them. They also emphasized that there had been no repairs made to the multiple tower mall’s extensive fire damage. 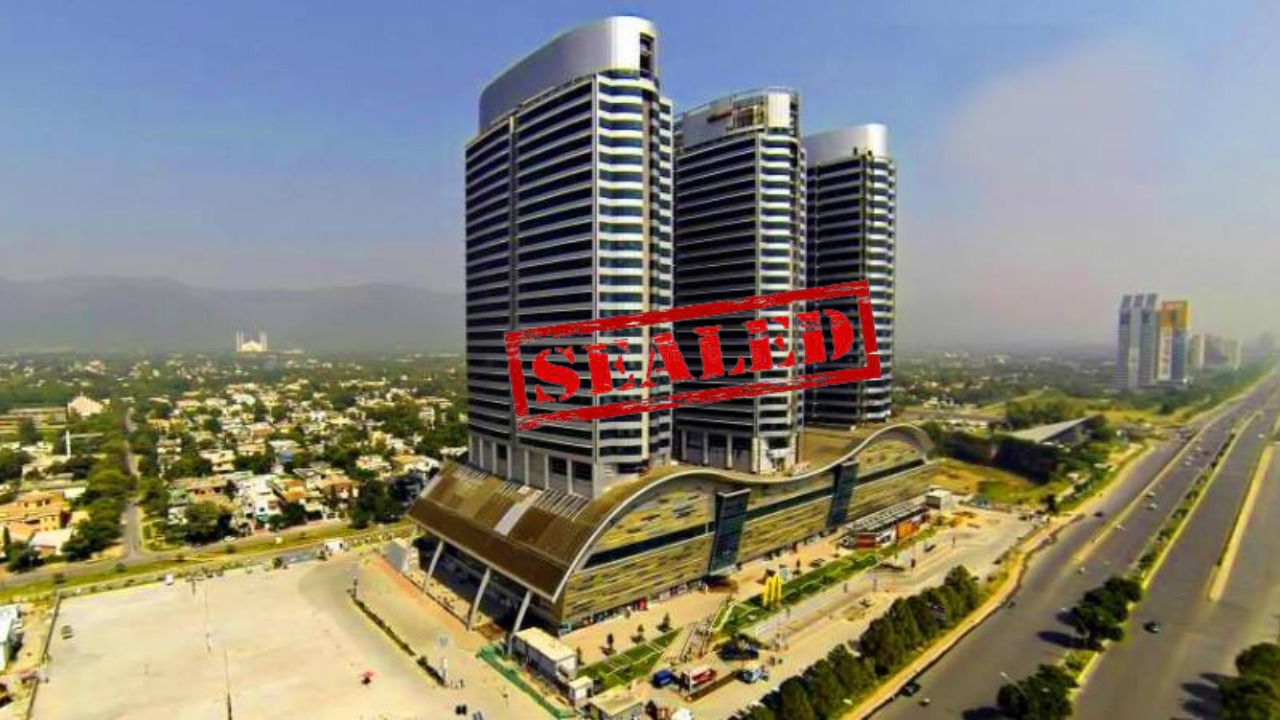 Two months ago, the food court caught fire in the evening as videos showed roaring flames while it was crowded with customers.  Everyone inside was safely evacuated after emergency personnel extinguished the fire. Mall management was investigated and at the same time the fire protection system and alarms were also reviewed by the committee at Islamabad’s multi story building.

Soon after the situation was brought under control and the investigation process was done, renovation work was started which then was restored and opened for public after few weeks.

Is It a Political Rivalry or the Mall Just Can’t Catch a Break?

According to the news sources, this development came hours after the heated argument and exchange of words at Mangla Dam ceremony, between Prime Minister, Shahbaz Sharif and the Azad Kashmir Prime Minister, Sardar Tanveer Ilyas.

Following the most recent incident, the AJK premier’s spokeswoman said that the federal government was behind the action with bad motives, ostensibly in an effort to politically victimize the owners. Many political leaders also came forward and linked this event to the incident at the ceremony during the PM address.

It is also worth noting that the building caught fire earlier in October, and it was closed for a while after that. This sparked concerns about Islamabad’s shopping center’s fire safety protocols and preparations.

When a person buys or rents an apartment or a shop in a building, one of the primary concerns that surfaces is regarding the security of the property and the people living in it. In order to avoid such hazards, the building of the authorities should ensure the viability of the security measures that have been taken so that such sudden actions can be avoided.

Sapphire Builders & Associates ensures that the security measures are in order because we value our clients like our family. Among many other preventive measures, the installation of fire extinguishers is a major measure. This makes sure that even if such a situation is faced the right action can be taken at the right time to avoid big accidents of a similar nature. Likewise, smoke alarms have also been installed in the whole building along with the provision of a number of escape routes. The authorities also try to maintain the electronic and other appliances because we believe such incidents can be minimized by taking care of these appliances timely.