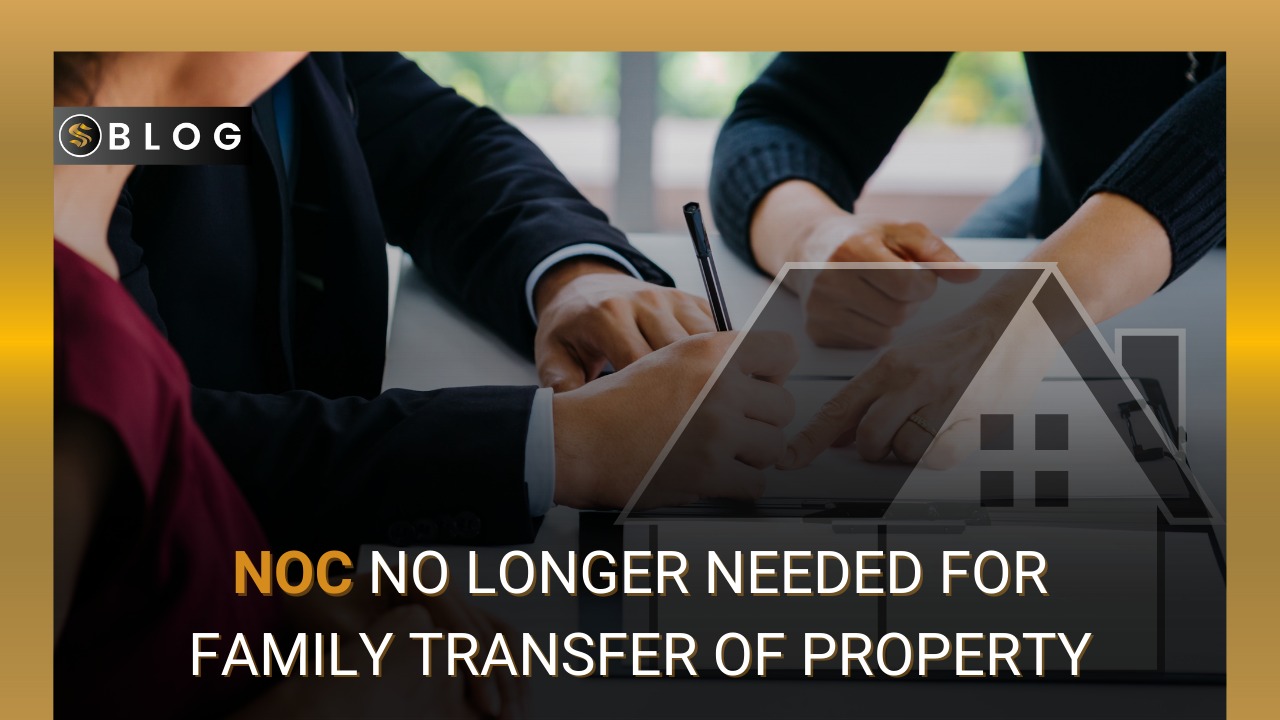 CDA Eradicates the Necessity of NOC for Transfer of Family Property

According to news sources, the Capital Development Authority (CDA) authorized changes to the property manual that do away with the need that family transfers of residential properties be subject to a No Objection Certificate (NOC) from the Building Control Section (BCS).

The CDA board also approved the Member Estate’s report on changes to the property manual. The people in authority decided to increase the validity of NOCs from three months to one year and to exclude family moves. However, a fresh NOC application will have to be made by the property’s new owner.

However, an affidavit declaring that any property constructed in contravention of the byelaws will be demolished and forwarded to the appropriate authorities within three months. These changes to the property manual are expected to speed up the transfer process by lowering the criteria for NOCs in the case of family transfers. The proposed transferee will only be required to file an affidavit in accordance with the new family transfer policy, and he will be held accountable for deleting it within three months of any infractions.

The CDA seeks to increase effectiveness in the process of property transfer and public service delivery. “Building Control Section (BCS) of CDA no longer needs to issue a NOC for family property transfers. This action was taken to make it easier for citizens to transfer property amongst their kids, as doing so frequently required them to go through the drawn-out procedure of obtaining a NOC,” according to a director of CDA.

In an effort to relieve citizens, he claimed that the CDA board, led by Chairman Mohammad Usman Younis, had authorized changes to the CDA property handbook last week that now permits the family members to pass on property without a NOC. The director also stated that the CDA would send out a notification in this regard after the meeting’s minutes were published in the following few days.

After conducting a property inspection, the BSC awards NOCs. Aside from family movements, the CDA board also decided that the BCS NOC is necessary, but that its validity has been extended from three months to nearly one year. According to the CDA representatives Dawn spoke with, obtaining the property transfer through CDA is a difficult process because it calls for multiple NOCs, including those provided by BCS, revenue, and the land directorate.

Individuals with connections, according to them, may get their property moved within a few weeks, whereas regular people must walk from pillar to post to accomplish the same task. They said that often times, before the transfer case is fully developed, the BSC’s NOC expires, sending the property owners back to square one.

At the moment, the NOC of BSC has a one-year validity duration.

Decisions of the Board

Therefore, the board made two significant decisions:

This is an amazing step for the public, according to a CDA officer.

Speaking to Dawn, Sardar Tahir Mehmood, the president of the Islamabad Real Estate Association, stated that the city’s residents and real estate brokers are overjoyed that their long-standing requests have been satisfied.

Sometimes people would have to strive for more than a year, in order to secure an NOC for a family transfer. In the past, CDA officials would take advantage of people for minor offences.

People should express their gratitude to the CDA board for eliminating the requirement for a NOC for family transfers and increasing the NOC’s validity for other transfer situations from three months to one year. A CDA deputy director revealed that the board had also adopted a new policy regarding the authorization of the transfer of a number of old residences in Islamabad that had been transferred via the registration.

A CDA deputy director disclosed that the board had also set a new policy regarding the approval of the transfer of several ancient homes in Islamabad that had been transferred through the registration process. He said that the revenue department had also helped move a number of homes in sectors F-6, F-7, F-8, G-6, and G-7 from one owner to another. The owners of these houses attempted to transfer their properties from CDA, but the civic organization lacked a suitable process. But now, the official said, all such homes would likewise be moved from CDA.

This action benefits the public, as well as CDA.

He asserted that following the transfer from CDA, the value of people’s properties will rise, and that the civic organization will earn handsomely from the transfer fee as well.

It’s crucial to remember that if a property is being used in a non-conferring way, such use must terminate before the property is transferred to the legal heirs. Additionally, the time frame for Estate Management-I and Estate Management-II to produce No Demand Certificates has been decreased to four days (NDC). In this regard, instructions have been provided to complete the issuance of NDC four days after the application has been submitted. In this situation, the allottee or applicant would be promptly advised as to why the NDC cannot be granted in response to their request in the event of any legal complications.

It should be noted that CDA’s current management has taken a number of steps to swiftly address issues relating to property for the general public. The CDA Facilitation Center has been launched, and helpline 1819 has also been established, to provide the public with efficient services using modern technology.

Sapphire Builders & Associates is a real estate company that works on educating the clients along with providing excellent services for them. Visit our website today for more information.