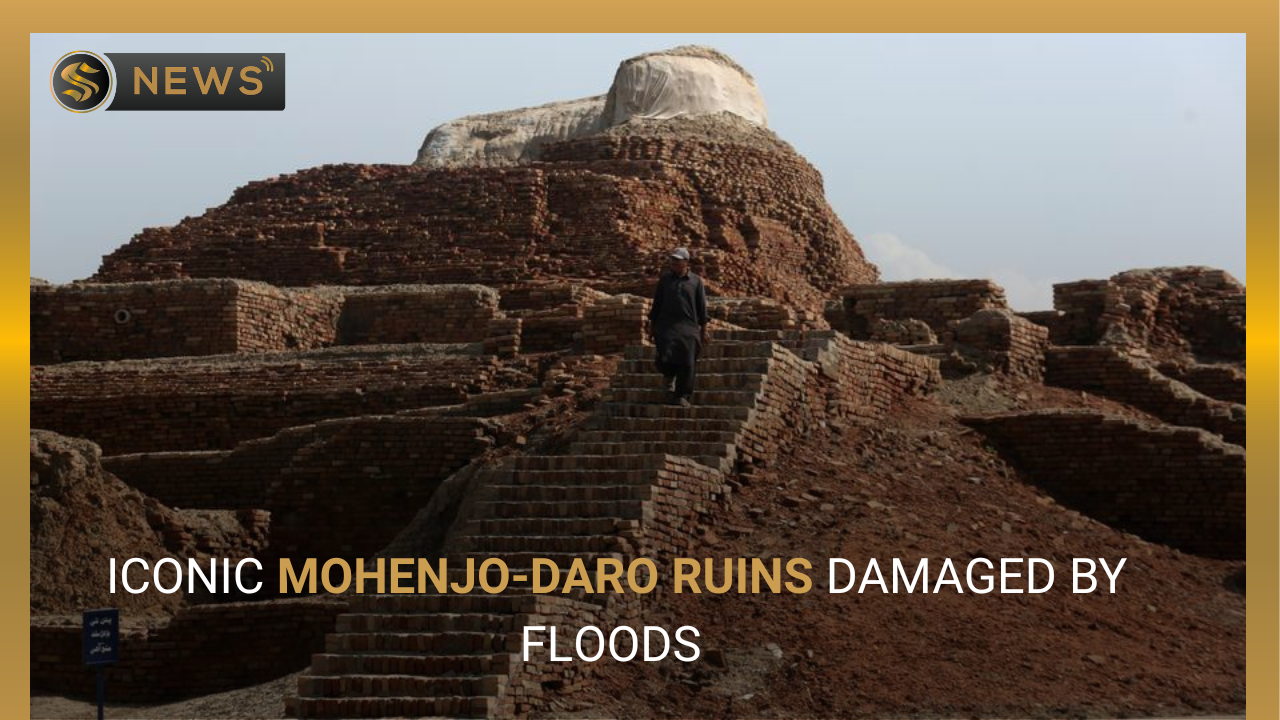 Mohenjo Daro’s ruins, a UNESCO World Heritage Site is situated in southern Sindh province close to the Indus River, are regarded as South Asia’s best-preserved urban centers. They were discovered in 1922 and to this day, mystery surrounds the fall of its civilization, which corresponded with those of ancient Egypt and Mesopotamia.

In 1980, Mohenjo daro received the honor of being declared a UNESCO World Heritage Site. Mohenjo daro appears to have been shielded by man-made barriers from the Indus River, which is located around 3 km away from river. The intricate constructions of Indus Valley sites, which displayed intelligent urban planning, have astounded archaeologists.

According to Britannica, at Mohenjo daro, these man-made barriers have been organized into roughly a dozen blocks, or “islands,” each measuring about 1,260 feet (384 meters) from north to south and 750 feet (228 meters) from east to west, and divided into straight or dog-legged pathways. The citadel served as the ceremonial center of the site, while buildings on the high peak comprised an elaborate bath or tank enclosed by a veranda, a sizable residential complex, and a huge granary.

Mohenjo Daro Is Crumbling Away

Devastating floods of Pakistan have caused a huge damage to Mohenjo Daro. In the second week of August, more than 1400 mm of rain was received in the Larkana district of Sindh, eroding the old structures’ protective exterior coating. The Director of Archeology and Museum for the provincial government, Abdul Fatah Sheikh said that the majority of the ancient building is secure, as there is a stupa nearby. However, the protective layer, also known as mud slurry suffered a lot of damage, exposing the ancient walls.

According to the site curator Ahsan Abbasi, Mohenjo Daro was not directly affected by flooding. The ancient city’s ruins were damaged by the record-breaking rainfall.

Many media reports claimed that the site could be removed from the heritage list after heavy rains have damaged it. But the Director of Archeology and Museum for the provincial government said that there is no such immediate risk. They are offered recommendations for improvement if a site is not appropriately conserved or protected. If the UNESCO committee is unsatisfied, the host nation is warned. Before a site is added to a “danger list,” these warnings are frequently repeated for a number of years. 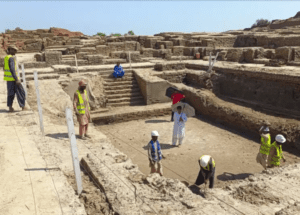 Mohenjo Daro is one of the most well-known cities of the Indus Valley civilization, which is renowned for its sophisticated drainage and water management systems. This has helped to ensure that there was very little standing water when the region experienced flooding. It had less than a foot of standing water, compared to four feet in the city of Larkana. It demonstrated that the original drainage system continued to function even 500 years after construction.

Site curator reported that the damage was mainly caused due to heavy rains. There was no flooding but still urgent remedial work is required. He also added that if prompt conservation work is not initiated, the original building will be exposed to the whims of nature and will sustain irreparable harm.

UN Secretary-General Antonio Guterres is anticipated to arrive in Pakistan, in order to ask for the tremendous support of the world community to the Pakistanis in this hour of need, after the disastrous floods that we are witnessing. The visit of the UN chief could be used by the Pakistani government to promote a global initiative to raise funds for Mohenjo Daro.

As part of “Save Mohenjo Daro Campaign”, centenary ceremony will also be held in Paris this November to mark 100 years since Mohenjo Daro was discovered. According to UNESCO, the organization will also give Pakistan $350,000 to “assist repair flood-damaged cultural heritage sites,” including Mohenjo Daro.