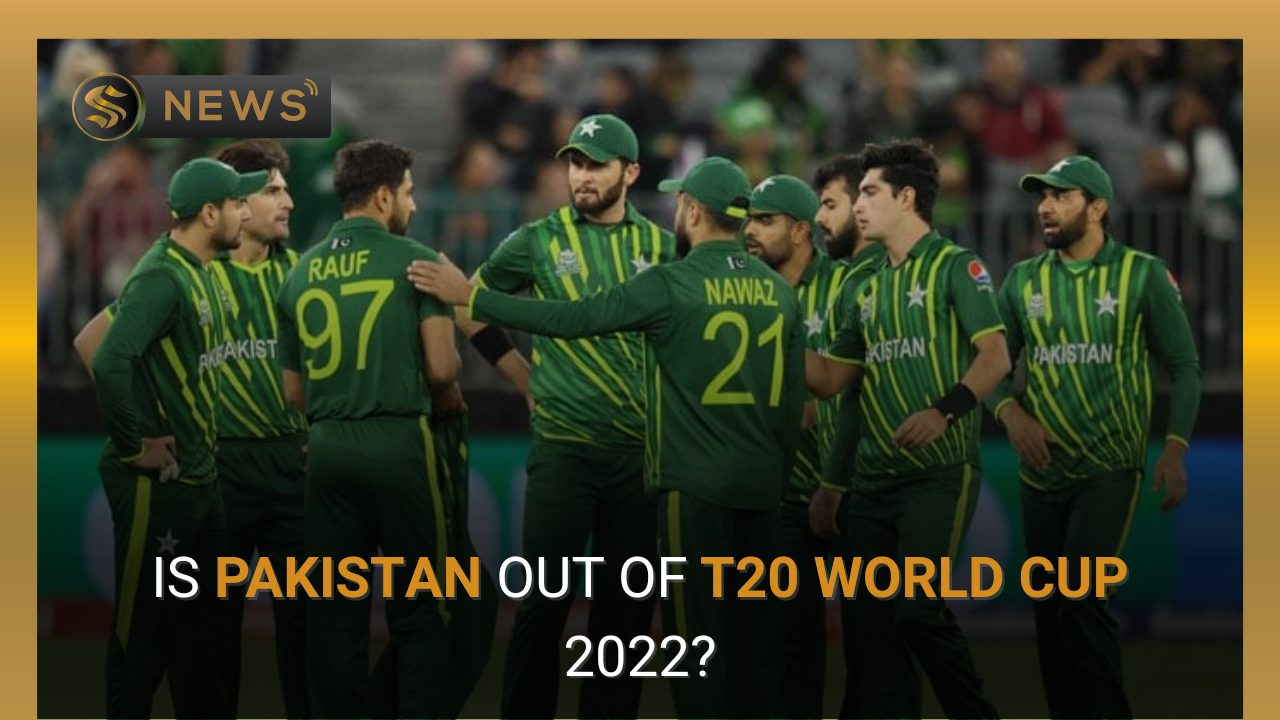 Zimbabwe earns the victory in the match against Pakistan, as the latter fails to chase 3 runs in 3 balls, in the last over. Although, team Pakistan is still not out of the tournament, but it is highly dependent on the performances of other teams if it makes to the semi-finals or not.

It is worth mentioning here that Zimbabwe, without causing any major panic attacks in the first half of match, managed to deliver a staggering performance in the second half. The team had claimed to impose a great blow on the teams of super 12. Two matches in and what an illustration!

The win has caused Pakistan the denial of their first points in the score board, leaving their survival in the T20 World Cup, in great threat.

Highlights of the Match

On a wicket with decent bounce and a large outfield, Zimbabwe dropped to 95 for 7, after a strong start in their batting and gave Pakistan a somewhat convenient goal. However, Zimbabwe’s subtle and diverse attack provided challenge for Pakistan, which Shadab Khan confidently asserted to be the finest in the competition.

Before Iftikhar Ahmed was dismissed by Luke Jongwe, Pakistan’s openers were eliminated by Zimbabwe’s pacers in the first five overs, leaving the score at 36 for 3. With a 52-run fourth wicket stand, Shan Masood and Shadab restarted the chase, but then the surprises appeared.

Raza left Pakistan on 94 for 6 after taking two wickets in two deliveries and another in the following over. They ought to have believed in their possibilities, nonetheless.

Zimbabwe scored 32 runs in their five overs, while Pakistan needed 38 runs in the final five. The equation could easily be solved, even if it was still at three needing off three. The fast bowler went W W 1 in his opening World Cup match, completely flipping the script.

Pakistan is currently dangling by a piece of thread. They will require assistance from the other teams to go to the semifinals even if they win all their remaining games which now includes (sadly) rooting for India to beat South Africa. 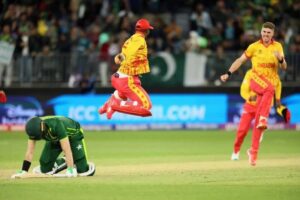 Mohammad Nawaz hit Richard Ngarava, a full toss over fine leg for six, when Pakistan required 29 runs off the final three overs and then 22 off the final two. Before Nawaz’s strike, Zimbabwe’s chances of winning were 71%, but that meant that they were only 34% afterward. That is when the contest appeared over. 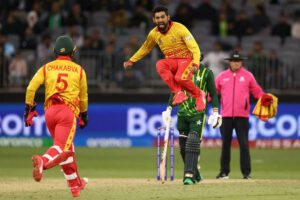 Lack of Spirit or Something Else?

Considering the performance of Team Pakistan in the match, several speculations have come to surface regarding the matter. Everyone is wondering about the real reason behind losing this match. We are all aware that no matter what sort of performance is delivered by the team, the people of Pakistan have almost always stood by their side. Whether it’s a traditional rivalry between India and Pakistan or face-offs like the one that we witnessed yesterday, people have always supported the team.

However, this is a crucial time for the team. The damage has already been done as we are already short on hopes of making it to the semi-finals. And if we do somehow manage to get there, with the performance graph that we have witnessed till now, it won’t take long before we are clean swept from there as well.

The Chairman of the Pakistan Cricket Board needs to reconsider his decisions and selection criterion as well. There is something that is lacking even after all the efforts and hard work that the team has put in.

Drenched in the sheer joy of well-deserved victory, the President of Zimbabwe took his twitter handle to express his delight about the heart-stopping match. He congratulated the team for its efforts and then ecstatically made a comment about Pakistani Mr. Bean as well.

Mr. Bean (Pakistan) is like a human clone of the real Mr. Bean, who is played by a British actor, Rowan Atkinson. Due to the physical resemblance between the two, the former tries to imitate the character. He was there to witness the match and spread joy among the people. Commenting on this, the President advised Pakistan to send “the real Mr. Bean” next time. As a reply to this, the Prime Minister of Pakistan tweeted and vowed for the spirit of his people for cricket. He also warned him cheerily that Pakistanis have a habit of bouncing back, so watch out!

We heartily wish that Pakistan manages to reach semi-finals.

Nonetheless, we also hope that may the best one win!