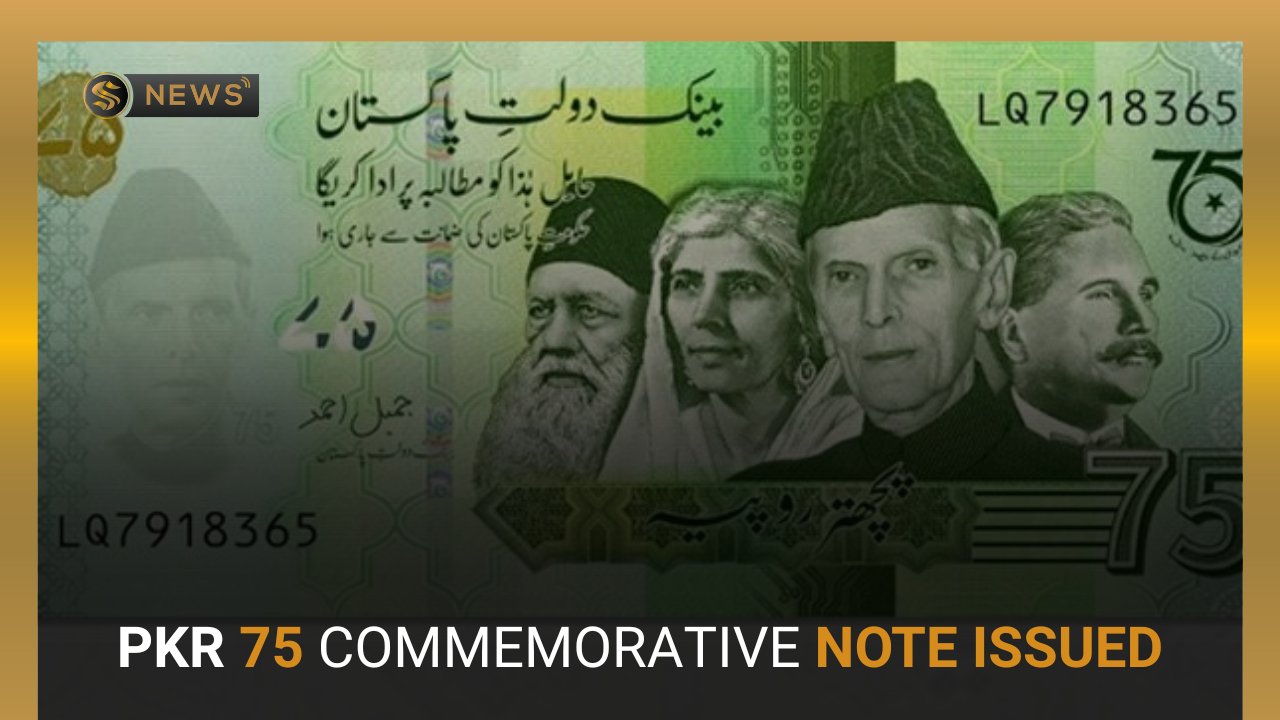 Purpose of This Note

At an event held at the SBP offices in Karachi on August 14th, 2022, the banknote’s design was announced. From today onwards (30th, September, 2022), the note would be accessible to general public at SBP, BSC offices and commercial bank branches.

SBP collaborated with regional artists to create the ideas and conceptions for the banknote’s obverse and reverse sides.

The commemorative banknote was created to honor the leaders who made significant contributions in creation of Pakistan, as well as to raise public awareness of climate change and its effects on the environment.

Obverse of The Note

The State Bank of Pakistan chose personalities who were crucial in explaining, influencing, and supporting the cause of independence for the Front of the Banknote. In order to symbolize the founding fathers’ fight for independence, portraits of Quaid-e-Azam Muhammad Ali Jinnah, Sir Syed Ahmed Khan, Allama Muhammad Iqbal, and Mohtarma Fatima Jinnah were chosen.

One of South Asia’s most well-known Muslim reformers and educators, Sir Syed Ahmed Khan promoted contemporary education and changes to Muslims’ worldview in order to help them adapt to and thrive in the changing environment. With the Aligarh Movement and the founding of the Aligarh University, he laid the groundwork for freedom. He is also credited with developing Muslim nationalism and the Two-Nation idea in the Sub-continent.

The idea of a separate Muslim state was first presented by the Poet. Iqbal reminded them of their latent potential, which laid the philosophical foundation for a country where they could practice their religion openly.

He was the person who represented the face of the nation and its cohesion. Jinnah led the movement extremely tactfully which resulted in the independence of Muslims.

As a gesture to promote and acknowledge women’s participation and huge role in independence, Fatima Jinnah has been given a depiction on the Note as well. They were the backbone of those who were fighting up-front and are known to have paid a significant price for the independence too. 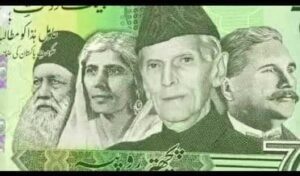 Reverse of The Note

The vignette on the back of the banknote is based on a piece of art created by Ms. Sara Khan, a young and upcoming Pakistani artist. The design features the Markhor and Deodar, Pakistan’s national animal and tree respectively, to emphasize the value of protecting the environment and country’s distinctive flora and fauna. The model presented by Ms. Sara Khan was chosen by the team for the vignette appearing on the reverse of the note.

The State Bank of Pakistan chose Ms. Sara Khan’s design as the model for the vignettes that appear on the reverse of the commemorative banknote.

Pakistan is one of the most effected countries from the climate change. The inclusion of Markhor and the Deodar Tree, both of which are national symbols, on the reverse of the banknote emphasize the nation’s commitment to battling climate change because protecting biodiversity and forest cover is crucial.

According to Section 25 of the SBP Act of 1956, this banknote is legal currency and may be used as a form of payment for any transactions in Pakistan, according to the central bank.

This is the second commemorative banknote that SBP has produced, the first having been released in 1997 to celebrate the nation’s 50th anniversary of independence.