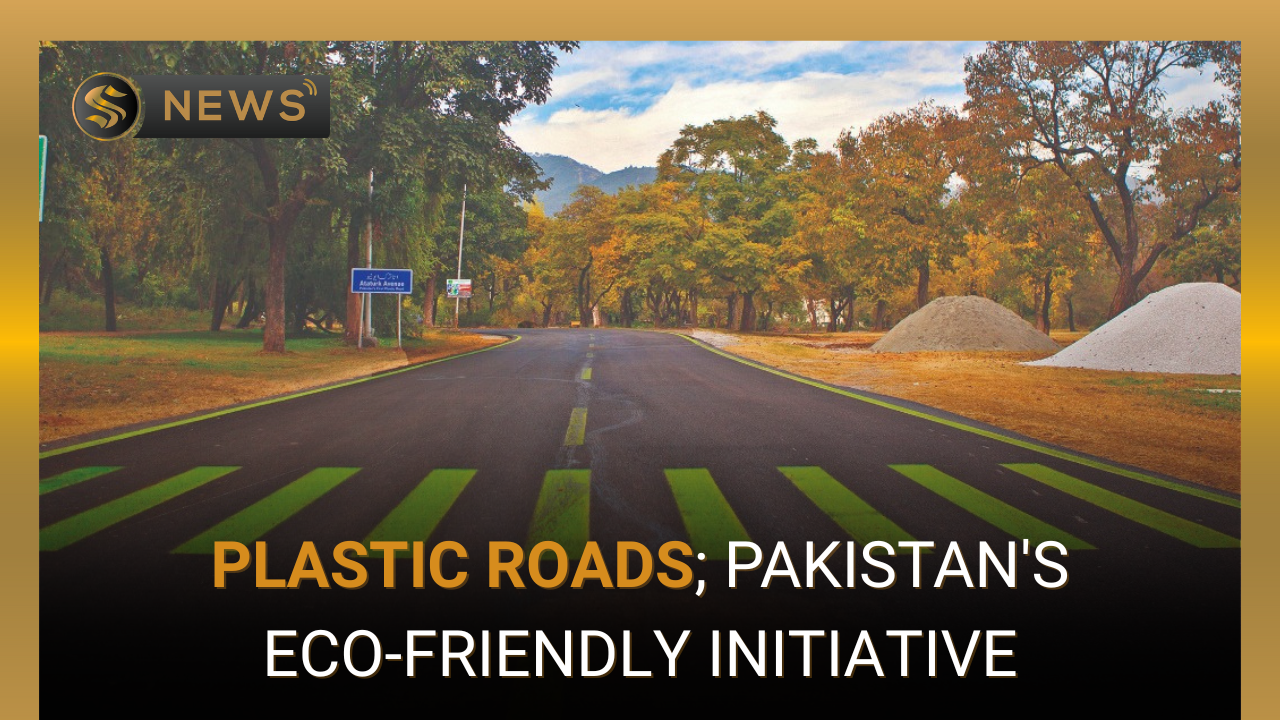 Plastic is a substance that is so harmful that it may be at the forefront of contributing to climate change, even though the human population cannot thrive without it. Therefore, scientists have been working on a fix for decomposing it for decades, but their efforts have failed to bear any fruit yet.

Recycling waste is the only way out. Moreover, what could be better to recycle it in large quantities other than using them to build setups? Pakistan is laying the groundwork for decreasing such trash by utilizing it to construct roadways. It has constructed the first-ever plastic road, in Islamabad using recycled waste plastic bottles. The National Incubation Center, a global corporation, and the Capital Development Authority (CDA) collaborated on the project altogether.

In response to the widespread problem of pollution, the Pakistan Government has taken the initiative to use plastic to construct roads that will not only be more affordable than those made of conventional materials but also contribute to environmental preservation. It will provide for more lasting roads, but utilizing it as a raw material will have a significant impact on the environment as well.

Coca-Cola Pakistan created the first road of this sort, a kilometer-long stretch on Ataturk Avenue, in collaboration with the Capital Development Authority and the National Incubation Center. This road was solemnly launched by Interior Minister, Sheikh Rasheed Ahmed. The Minister also praised the efforts of CDA and all other partners associated with this project, for making this possible and delivering it on time.

Ten ton of leftover adaptable materials were utilized to pave a one kilometer stretch of road. According to a report published by a daily newspaper, Islamabad has capacity to produce 700 tons of garbage, of which around 150 ton are made up of entirely plastic. If the program is made national, plastic garbage from every city might be utilized to create stronger, long-lasting roadways throughout the country. 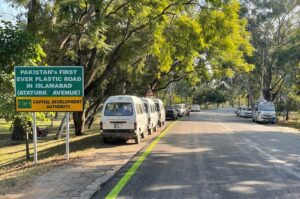 Yes, these roads are sustainable and they can be replaced by regular roads. They contribute to a reduction in plastic pollution by using plastic waste as their primary raw material and producing them in a manner that produces less greenhouse emissions. Additionally, they have three times longer lifespans, are more flexible, and durable.

Traditionally, asphalt, a combination of aggregates, binder, and filler has been used to construct roadways. This solidifies upon cooling and has sufficient durability, but it has some significant negative environmental impacts too. Trash, such as used bottles, post-consumer product packaging, and bitumen can make up plastic highways. About 19% of the CDA’s composition is made of plastic, with the remainder being bitumen for excellent binding. 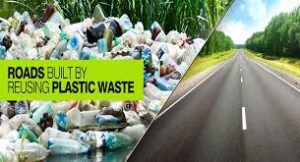 There are numerous benefits of constructing roads from plastic waste. We can observe a rise in growth, a decrease in road construction costs, and a decrease in environmental pollution by building roads out of such waste. 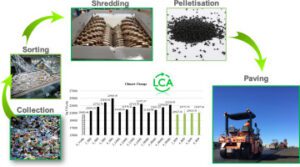 The concept of constructing plastic roads in Pakistan is a new venture, but this practice is already being used internationally. Many countries have already constructed roadways unitizing waste and rest are on their way. Hence, there are chances that this project could turn into something profitable for the country.