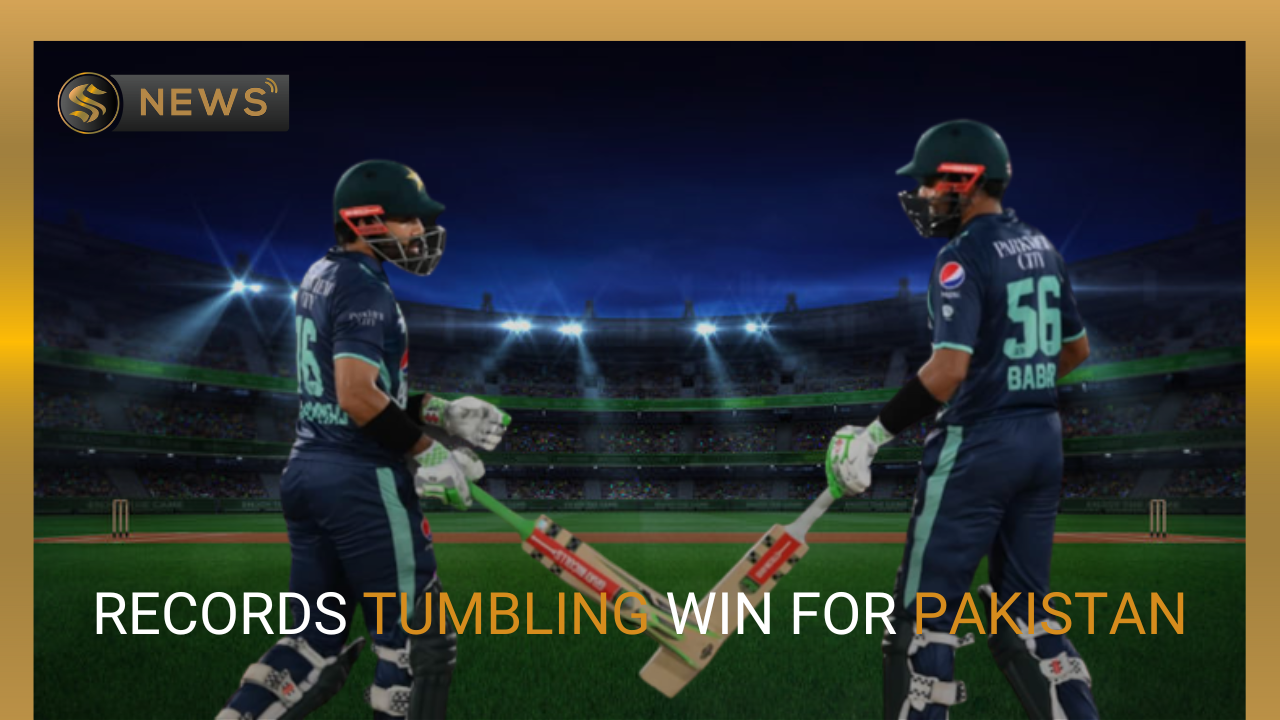 The eager crowd rose to its feet once more. At the National Stadium, which was completely full, there was an audible roar, Babar Azam also roared.

In the second Twenty20 International against England, the Pakistani captain had urged his batters to do better. On Thursday night, Babar and Mohammad Rizwan took the lead.

The naysayers who questioned the Pakistani openers’ scoring rate received an emphatic response from this. With five more matches remaining in the seven-match series, Babar Azam leveled the series with an impressive century and another half-century from Rizwan as he signaled his return to form.

Babar’s return to the runs with his second century in the shortest version of the game was a great plus, but more importantly, the series served as a warm-up for the T20 World Cup that will take place next month.

When the 27-year-old completed his century with a push to short cover, he sprang with joy, pounded the air, and then turned to face the heavens. After struggling with the bat during the Asia Cup, when Pakistan lost to Sri Lanka in the final earlier this month, it was a relief to see him succeed at last. 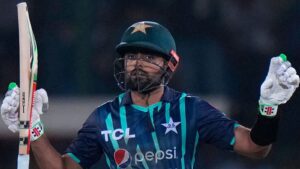 After being outplayed in the first game, England’s first in the country in 17 years, Pakistan became the first team to chase down a target of 200 without losing a wicket as Babar Azam and Rizwan established the record for the highest partnership for the opening wicket.

Babar, who finished with an unbeaten 56-ball 110 that included 11 fours and five sixes, perfectly secured victory for his side with a four on the third ball of the last over when Pakistan was 21 runs away from victory with three overs remaining.

Rizwan set the tone for the triumph by being the aggressor early on while Babar took his time to relax. His 88 off 51 included five fours and four sixes. Once Babar Azam got rolling, he was impossible to stop. At the post-match celebration, Babar credited Rizwan for setting everything up in the beginning. At the beginning of our innings, it was suggested that we maintain our optimism because we had successfully chased similar scores in the past.

“There are ups and downs,” he continued about his own form, “but you have to remain believing in your talent.”

When deciding to bat, England picked up speed on what appeared to be a slow surface only after pacer Shahnawaz Dahani shattered opener Alex Hales’ (26 off 21) and Dawid Malan’s (48-2) stumps on successive deliveries in the final over of the powerplay.

Whether it was England’s pacers or spinners, Babar and Rizwan continued their rampage before a 17-run 19th over all but ended the match.

“We don’t listen to those from the outside sniping. There’ll always be criticism, and if you don’t do well, people are waiting to pounce. The fans always support us”

The National Stadium in Karachi was a noisy place, people cheered up for the players as if this was the last match. Cricket match and that too on one’s homeland is a plus for cricket fans. Babar Azam and Rizwan won hearts of millions and are continuing to do so.