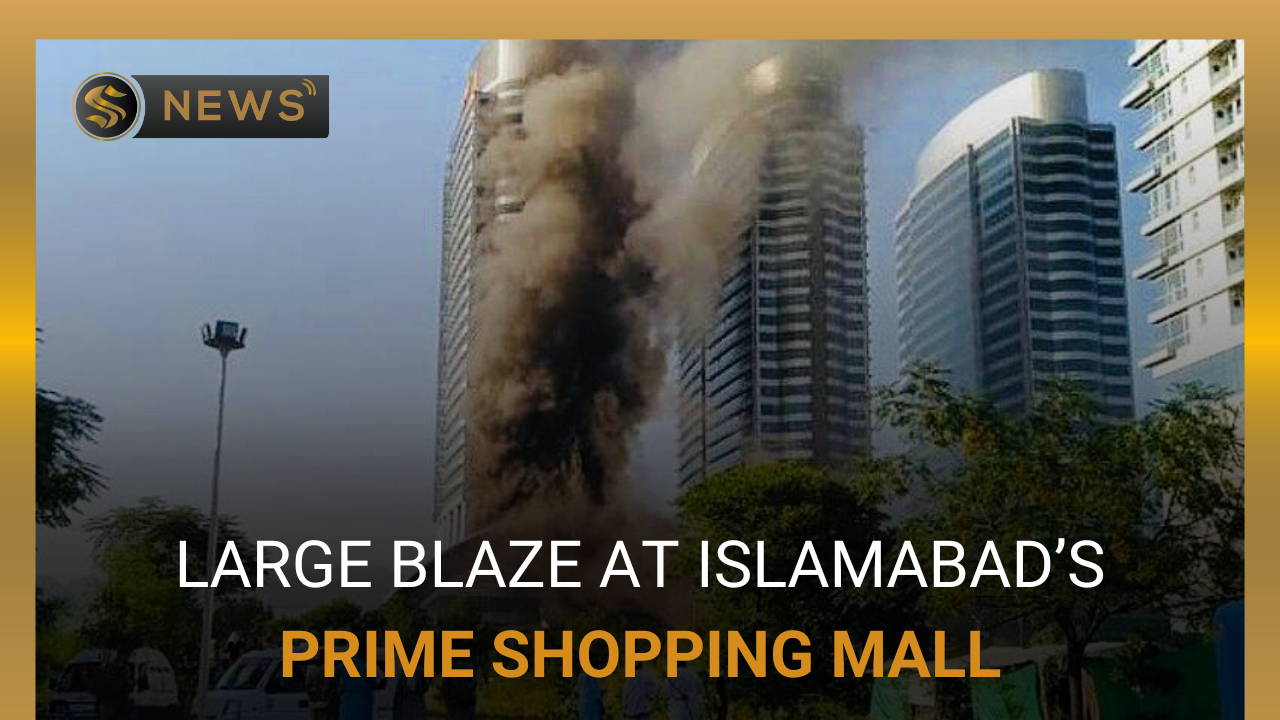 Centaurus Mall, a 36-floor hotel with four commercials, three offices and 23 residential floors is located in Islamabad. This is a go-to shopping mall for almost everyone in the twin cities as well as for the people across Pakistan who visit it on their stay in Islamabad.

The fire is said to have erupted at around 4:00 in the evening. It started in the Monal Downtown hotel, in the presence of hundreds of visitors in the food court. 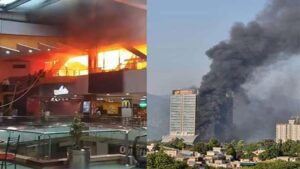 Diffusion of Panic and Smoke

People were seen yelling and running toward the exit gates as scenes of panic unfolded at the Centaurus Mall mall, in a video posted on social media platforms

One of the three buildings of Mall, located in the center of Pakistan’s capital city, was discovered to be emitting thick black smoke from most of its floors, where it is said that fire erupted on fourth floor and spread over to the residential floors.

According to eyewitnesses and official reports, one of the restaurants’ kitchens on the fourth floor’s food court was where the fire was initially noticed. According to local reports, the fire might have been caused by a short circuit or a gas cylinder fire. Initial reports state that the fire destroyed the Centaurus mall’s food court area entirely. 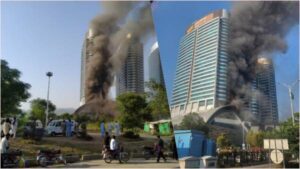 Visitors Questioned the Security System of the Mall

The mall’s fire incident has sparked concerns about Islamabad’s shopping center’s fire safety protocols and preparations. Bahadur Abbas, a resident of Islamabad said, “Every time I went to the mall’s food court, I realized that they didn’t have entire kitchens but only cylinders and stoves behind the counter with no adequate fire safety systems.” Others made the suggestion that each store and restaurant in malls should have its own fire extinguisher.

Even at the time of the eruption, rapid measures were not taken right away, otherwise the fire would’ve never spread across food court up to the residential floors.

Soon after the incident was reported at around 4 o’clock in the evening, the rescue and firefighting personnel arrived on the scene. Irfan Nawaz Memon, the Deputy Commissioner of Islamabad, reported that the fire had been totally put out and the mall had been cordoned off for additional investigation.

According to the deputy commissioner, at least 14 fire-fighting vehicles participated in the rescue effort, and additional vehicles were requested from the nearby city, Rawalpindi. According to Islamabad’s Chief Commissioner Mohammad Usman Younis, the city government has requested the Navy for a helicopter rescue crew, to assist and prevent the fire from spreading to the top floors.

The government has ordered the Islamabad administration to expedite rescue efforts and authorized a probe into the fire event. The necessary institutions and authorities have been directed to take immediate action. According to Prime Minister Shehbaz Sharif, “It is quite regrettable that this occurrence took place in this renowned commercial district. I hope there are no fatalities. Sympathies and condolences for the victims’ financial losses,” he had tweeted after the incident.